Aircraft Maintenance, the Reason Why Flying Is Safe

If you are a frequent flier, chances are that you took flights in old planes whose seat belt signs, buttons and seats felt as going back in time. Are those planes safe? The short answer is “yes”, the longer one, below.

Based on data from Planespotters.net, the average fleet age of the 100 largest commercial airlines in the world is about 9.4 years. Some airlines such as United or Delta have relatively old fleets of 16.4 and 14 years respectively. Other such as Qatar and IndiGo have newer fleets of 7 and 3.5 years.

Surprisingly, there is no evident correlation between customer satisfaction and the average age of the fleet. SKYTRAX ranks ANA airlines as #3 in the world with a fleet age of 12.9 years, whereas easyJet is #37 with a fleet of 8.7 years. This means that passengers care more for parameters such as cabin crew service or value for money than the comfort of the plane.

Some planes have been flying for over 45 years. Just one example, the Boeing 737 with plate number C-GNLK, built in 1974, has been flying for 47 years and passed through 17 different airlines. How can the owners ensure its safety? 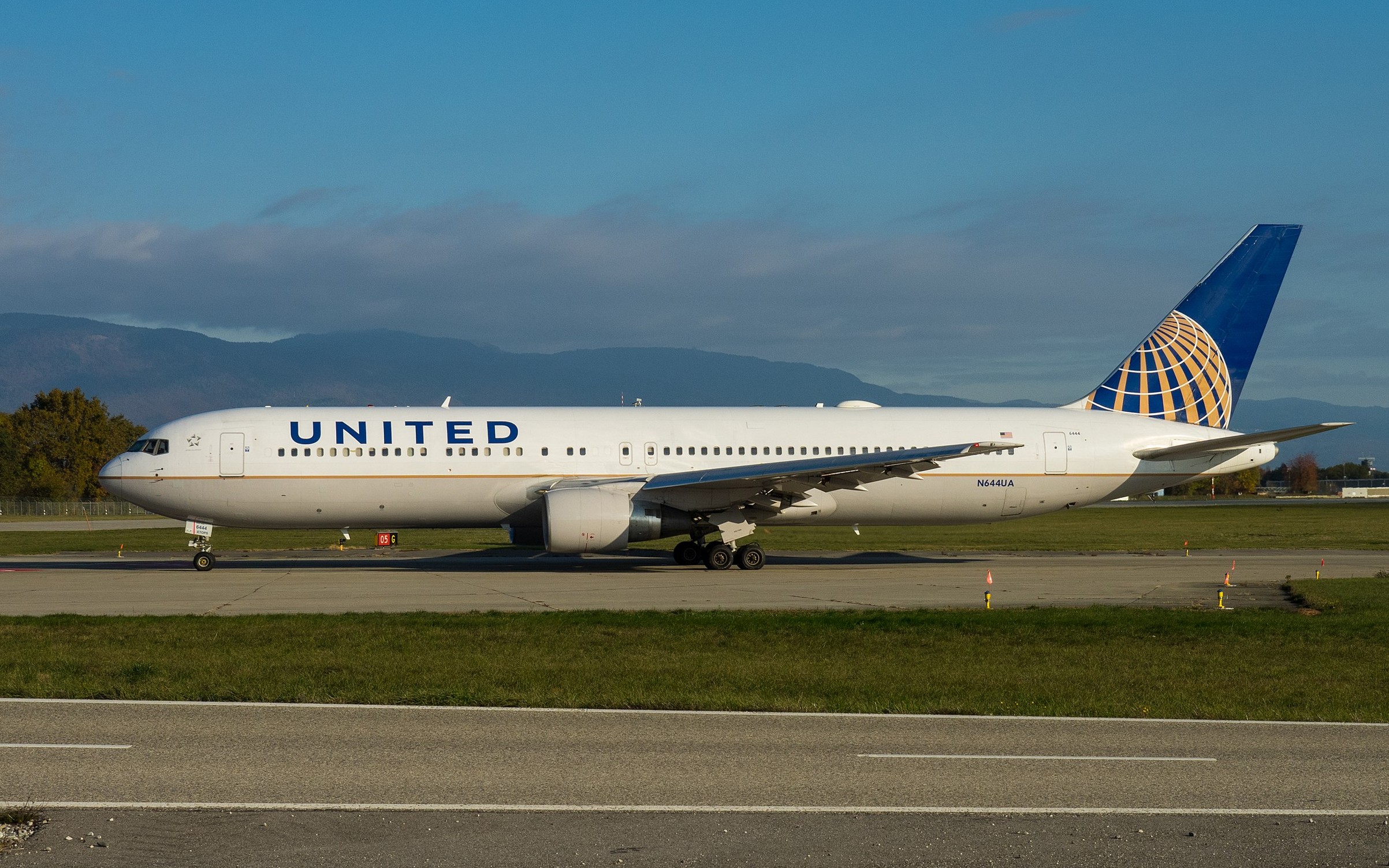 A 29 year old Boeing 767 from United Airlines, still in operation

Source: Flickr, by Markus Eigenheer. The original image has been cropped

In the US, the ground rules are defined by the Federal Aviation Administration (FAA)) under Appendix H of 14 CFR part 25. In the European Union, it is the European Aviation Safety Agency (EASA) under the Continuous Airworthiness regulation.

Maintenance regulations have been issued by the FAA ever since commercial aviation started in 1926. But regulations have little effect without proper inspection, needed to control whether or not the airlines comply with it. It wasn’t until 1966 that the FAA introduced the Systemworthiness Analysis Program (SWAP), with detailed instructions on how to form inspection teams, where to place them, and the specific aircraft components they should pay closest attention to.

Another push in maintenance improvements came after an accident from Aloha Airlines in 1988. The accident was caused by degradation of the fuselage, missed during the inspections. At that time, many airlines were operating planes beyond their initially planned retirement age, and concerns grew over the possibility of more such accidents. Due to this, the FAA and the industry inaugurated the first International Conference on Aging Airliners, where maintenance experts from different airlines were able to meet and share their knowledge.

The common ground for all maintenance programs are the so called Type A, B, C and D checks. A pre-flight check is also the norm for all airlines. We now give a summary of all these in the points below.

Before the plane takes off, the pilot needs to ensure that the main features of the plane are fully functional. Known as the “walk around”, the pilot or a specialist does a visual inspection of the fuselage, wings, nose and landing gear during a 15 min walk around the plane.

Once inside the cockpit, the pilot also checks the electrical, hydraulic, lightning and fuel systems. Right before takeoff, the maneuverability of the flaps and ailerons are also tested.

Even while taking off, but still on the ground, the pilot can determine a Rejected Take-Off (RTO) if any incident is observed. This occurs once every 3000 flights, on average.

This check can be performed overnight in about 60 man hours. It covers a more detailed inspection of the plane surface, looking for deformations or corrosion. Checks are also done on the engines, landing gear and the avionics system (the aviation-electronic section, the core of all flight controls and navigation).

Taking up to 180 man hours, and needing 1-3 days, this check is usually done in the hangar. The plane downtime is a costly expense for airlines, so many of them incorporate B checks to different levels of A checks which can be done overnight beside the airport gate.

In any case, B checks require a more thorough analysis of the same systems analyzed in A checks. The landing gear is given special attention by performing a wheel alignment and torquing.

The main difference of B checks is that, once it’s done, the technicians need to determine further inspection requirements based on the observed malfunctioning sections. This was not the case in the Type A check, where no further actions are needed once the malfunction is identified and corrected.

Type C checks begins what is known as “heavy checks”. These cannot longer be squeezed into more frequent Type A checks. The plane will need to be parked in the hangar for 1-2 weeks, needing up to 6000 man-hour work.

These checks require a more specialized team to go more in depth than for B checks. For example, all gear and fittings is accessed and lubricated, and all electronic cables are re-fitted. All plane sensors are re-calibrated to ensure that they provide accurate readings of the atmospheric conditions.

This check requires a tremendous amount of work, about 50,000 man hours throughout 2 months. The plane is basically dismantled, inspected and re-built. This goes for the entire seating area, engines, landing gear, electric system, hydraulics, cockpit, etc.

For a Boeing 737-800, the cost of a D check alone (not counting downtime) is about 1 million dollars. When purchasing a plane, the cost of D checks is estimated by the manufactures and is an important parameter for the airlines.

Since all the plane parts are removed, airlines usually take the chance to introduce renovations in the seats, entertainment system or avionics technology. 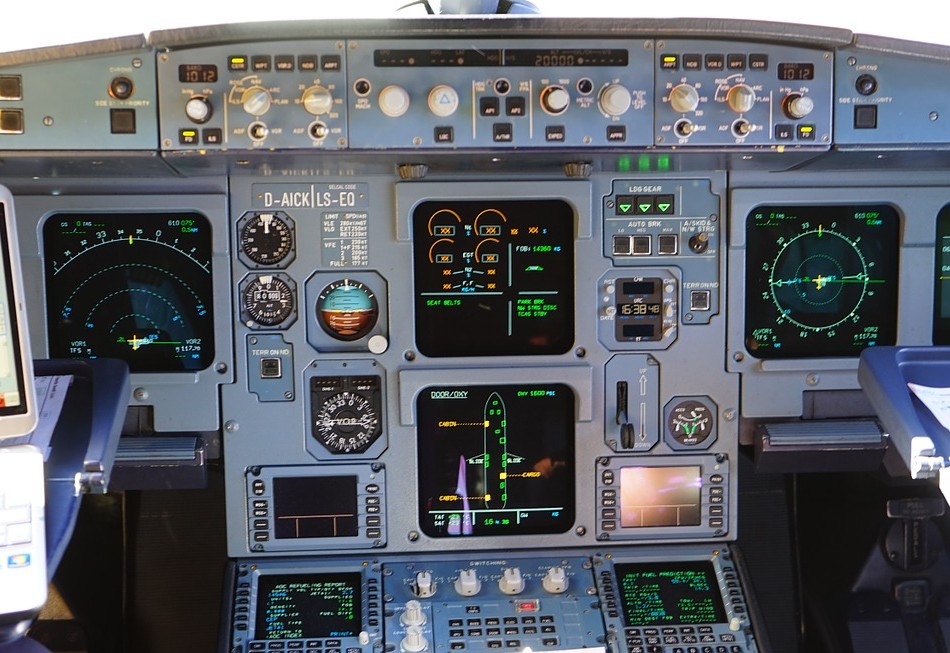 An Airbus cockpit, with the EICAS system at the two central screens

Maintenance checks A, B, C and D are essential to ensure flight safety. But what if the malfunction occurs in between checks?

Aircrafts are now equipped with Engine Indicating and Crew Alerting Systems (EICAS), which automatically notifies the crew on malfunctioning engines, electronics, landing gear or fuel tank. Airbus has taken this a step further, providing not only the alert, but also the steps needed to fix it.

Thanks to the automated alert systems, maintenance programs, strict regulation and inspection, the aviation industry has managed to be the safest means of transportation, with only 0.07 fatalities per billion passenger miles. Closely followed by bus and railway, and about 3000 times safer than motorcycles, the most dangerous of all.

Savage I., 2013. Comparing the fatality risks in United States transportation across modes and over time. Research in Transportation Economics, 43(1), 9-22